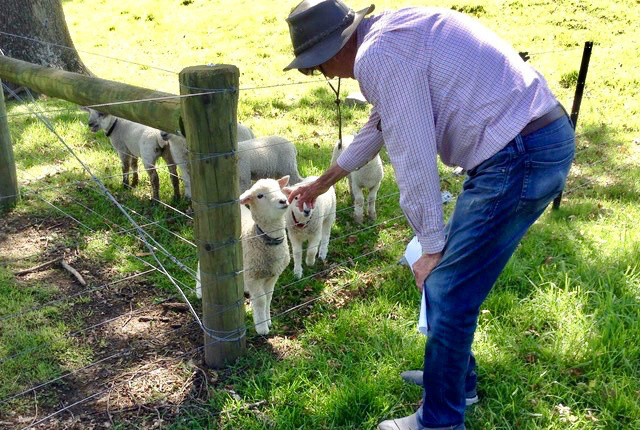 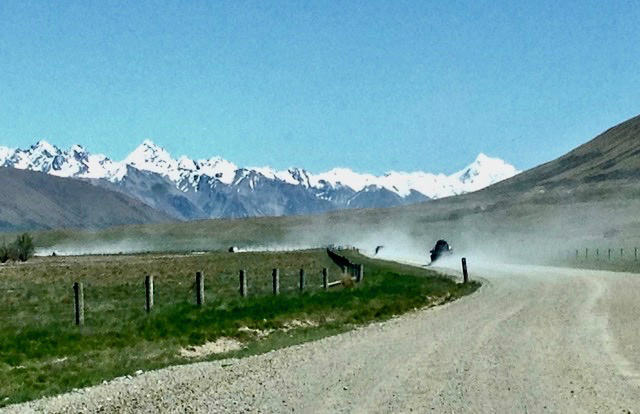 A previous 4WD took us to the Mesopotamia Station where we could look across to Erewhon. Then J Mc was seen to wade optimistically into the Rangitata River, testing the prospect of a drive between the two. This time we took the safer road directly into Erewhon.

How Samuel Butler, an English novelist made enough money in four years from the two stations to return to the UK, well off, remains a mystery but Erewhon his best-known satirical book was used to name the Erewhon station. Anyone who has read it would also wonder what experiences as a sheep farmer could have formed a backcloth and stimulus to a story so extraordinary and mind bending.

After a delightful drive up to the boundaries of the station and a picnic lunch we enjoyed a look around the historic buildings guided by the current owner, Rosa Peacock a direct descendent of Charles Trip who set up the station in 1855. A wander into the beautiful homestead gardens was a bonus.

Again we had a personal connection, Lesley D’s great great grandparents had been sponsored by Charles Trip to emigrate, after employment on his Somerset Farm, to work in New Zealand. Her story of her family’s progress is a fascinating background to the things we saw.

A note from Sally A below makes the Rutherford Probus connection with the stations even closer:

My grandfather, George Gerard, owned these two stations, along with Snowdon, which at that time (about the turn of the century) included Mt Hutt. Erewhon was originally called Stonechrubie. George's twin sister owned Mt Algidus, which included Lake Coleridge.

George followed the habit of his father, William, who had come from Dorset via Adelaide,  and kept detailed diaries. William managed the Cheviot Estate for his life-long friend, William (Ready Money) Robinson. The combined diaries of father and son give a rich understanding of their (lavish!) lifestyle. Until the First World War many of these high-country estates were leased out. Such was the case with both Mesopotamia and  Erewhon. The leases expired shortly before WWI. Interestingly, the history books confirm that George was considered among the best of estate managers. His diary includes the entry, post WWI, that without rabbiters, the number of rabbits was such that they killed 6,000 in one day 'shooting from the hip.'Bruce wants to know how come he married an heiress who was impecunious? It might be addressed by researching the family obsession with racing stock that had only thee legs, and the aforementioned lavish lifestyle.

Our thanks to Jerry for all the time and trouble he put into arranging the drives with recognition of his sagacity at sending Bryan H home so ensuring the most fabulous weather ever enjoyed by a Rutherford Probus 4WD trip.